Duke was born July 15th, 2019 at a wonderful farm home in Vicksburg, Michigan.

We brought Duke home when he was just shy of 7 weeks old on labor day weekend.

Having a new puppy in the house was like having a new born child again, lots of sleepless nights, lots of trips outside, all typical puppy stuff. I wouldn’t trade any of it for the world.

I have always been a “dog” person, I grew up with a Britney spaniel, once on my own I had a husky shepherd mix then a black lab, after getting married we had a shepherd lab mix named Spencer then a Weimaraner named Remington, he was my soulmate (RIP 4-30-2019) and we had to have him put to sleep because he had a brain tumor that was causing seizures that were getting worse each time he had one. This devastated me to major extremes. It was during my grieving that the opportunity to get Duke arose. 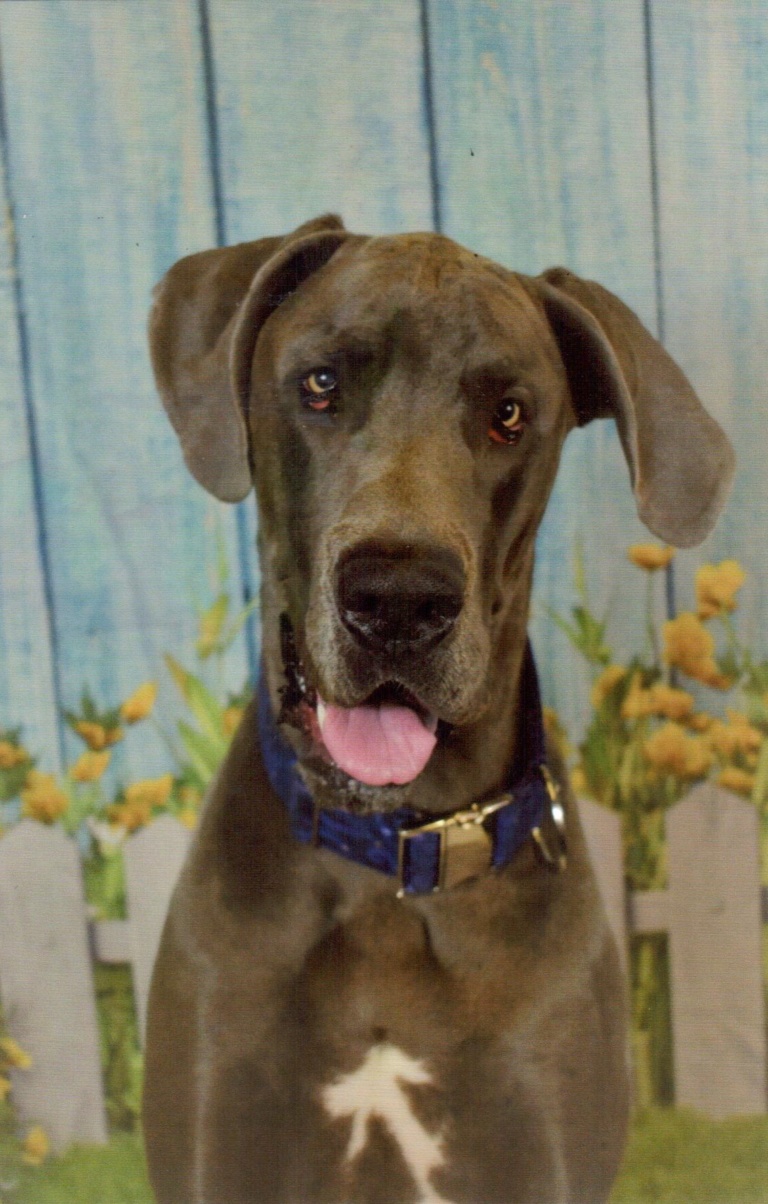 For as long as I can remember I have wanted a great dane, I LOVE big dogs, I am that person that has to pet each dog I see when I am out and about and even more if it is a great dane.

One evening while sitting and watching TV as I spent most my nights doing, wallowing in my sorrows over losing Remington, I received a phone call from a friend of ours. He started out the conversation by saying “I know you said you NEVER wanted another dog but I know where you can get a great dane puppy for free” I swear my tears were instant, I had just looked at Remington’s picture and asked him “do I get another dog” not 20 minutes later I got the phone call.

I think Bruce and I were very anxious to bring Duke home but had resigned ourselves that it would be when Duke was around 10 weeks old (October-ish) We were on a camping trip when Duke’s birth mom called to tell me the pups were fully weaned from Mom and would be ready next week, I hung up the phone and Bruce could tell I was SUPER excited about something so I told him about it, he said “Call her back and see if we can get him this weekend” needless to say I don’t think he finished those words and I was already on the phone. We cut our camping trip short by a day and half so we could pick up Duke the very next day. 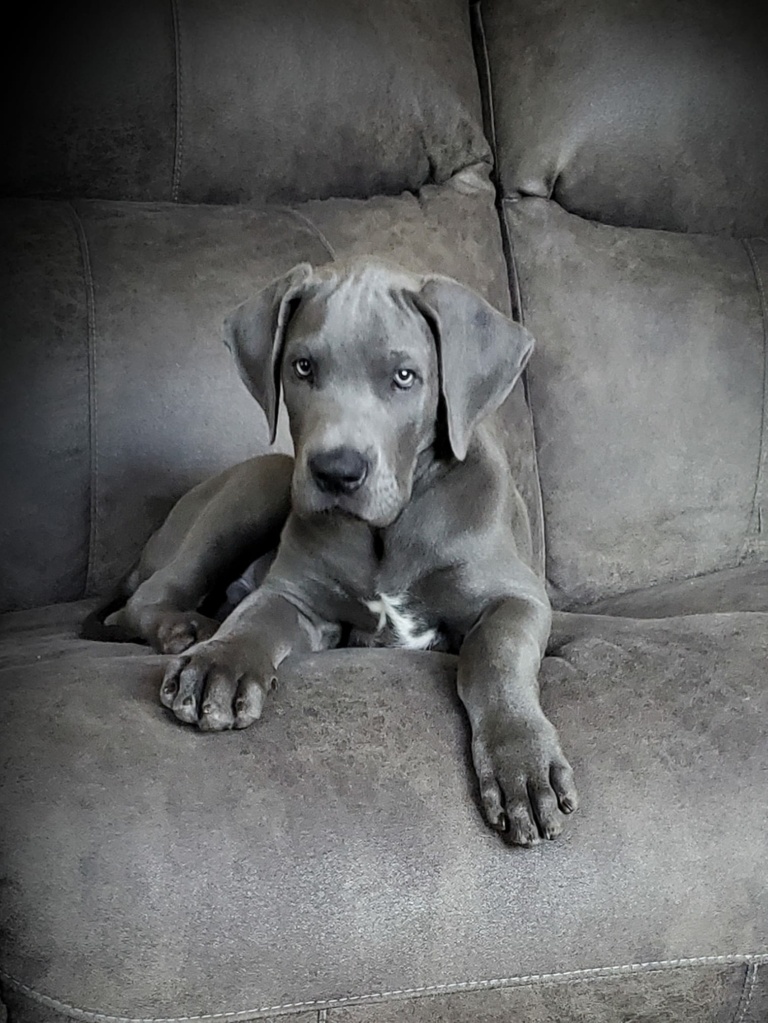 We brought Duke home on Friday August 30th 2019, numerous trips outside to “potty” and lots of short nights sleeps, I was thankful that I had a 4 day weekend to spend with Duke, after which I was also able to bring him to work with me for the first 3 months of his life.

Duke’s first real outing came after he was fully vaccinated at 16 weeks old at which time we took him to our local pet store, Soldans.

During the time I had Duke at work with me I worked on leash training with him, just hooking the leash to him and letting him drag it around then gradually picking it up and “walking with him” Duke quickly discovered that if he laid down he didn’t have to walk on the leash and I was at his mercy to when he decided to get up and walk again.

Going into Soldans on a leash was a breeze. We took each isle one by one from cat treats to meds to dog treats to toys, it was in the toy isle that Duke turned into a Pro shopper, he made his selection of a stuffed beaver and proceeded to go directly to the cashier! We could hardly believe it, he did this each consecutive time we took him to that store, it was like it was ingrained in his DNA or something, we didn’t teach him that for certain!!!

We spent the course of winter 2019-2020 training Duke, getting him settled into a routine and finally leaving him to free roam the house at night and during the day when I was at work and Bruce was sleeping, the transition went smoothly and no furniture was destroyed in the process.

That next spring (2020) we took Duke on his first of many camping trips and his adjustment to being on a lead or leash all the time we were outside was beautiful, he adapted to camping life better then anyone could expect. Not saying we didn’t have to give him a few squirts of water from a spray bottle to stop barking at anyone and everyone that went by, and even now 2 years later he still needs a gentle reminder each camping trip.